It can get a bit difficult to find toys that are exciting and new and choosing a gift for other people’s children can be quite daunting! Fear not, as Wicked Uncle is brilliant for exactly this. It is a gift website that stocks interesting and unusual children’s presents. They are essentially a present service for birthdays, Christmas and other occasions.

Wicked Uncle is more than just a toy shop, it can also help you choose what to buy. Simply fill in the age and gender of the child and it will select for you a range of toys that should suit that child. They have personally tested every product before they stock it; they build the kits, play the games, bake the rainbow cakes, blow the giant bubbles, and test drive the remote-control spiders! They stock a lot of items you just won’t find elsewhere. 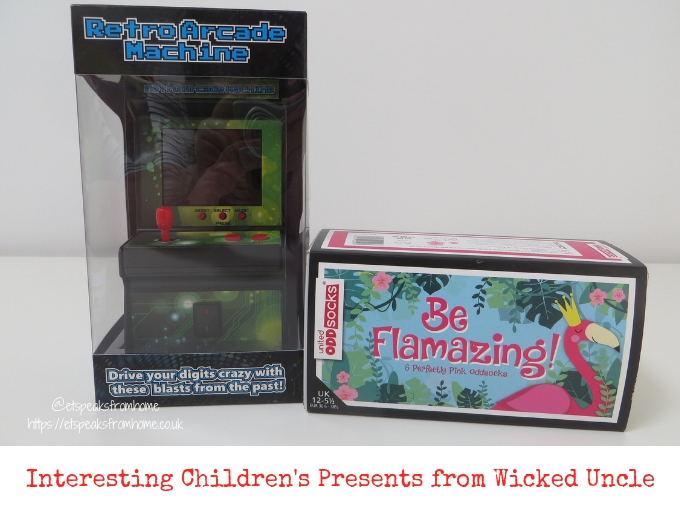 Some games are born great, while other games have greatness thrust upon them. That’s not quite the Shakespeare quote, but it applies to video games just as readily as it does to people. There are some games whose premise is readily accepted by many and doesn’t need to do any work to persuade them, while others need to struggle to be accepted due to the sheer oddness or individuality of their pitch. Of course, the games themselves might be excellent, but they’re not necessarily immediately destined to be loved.

It’s not immediately clear into which of these two camps Minecraft deserves to fall. On the one hand, it’s definitely an influential classic that’s enjoyed by millions of players around the world. On the other, its elevator pitch isn’t exactly enthralling in words: it’s a creative sandbox with no conventional gameplay that puts the emphasis on players’ creativity. There are many who would be put off just by that description alone, so Minecraft is a more risky venture than it might initially seem.

For those who do love Minecraft’s elevator pitch, there is now Minecraft Classic. In their benevolence, Microsoft and Minecraft’s developer Mojang have elected to put the entirety of Minecraft Classic online for free. This is Minecraft as it was back in the primitive Stone Age year of 2009, when it was still just a glint in Notch’s eye and before it secured the love and trust of people around the world. Minecraft Classic is a true historical artefact and it should be respected. 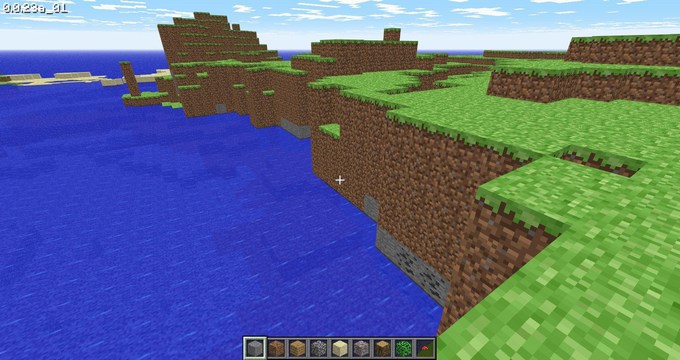 Do you often run out of ideas or find it hard to buy presents for your children or other people’s children? No worries as Wicked Uncle is brilliant for this and here to help. It is a gift website that stocks interesting and unusual children’s presents. They are essentially a present service for birthdays, Christmas and other occasions.

The website is easy to navigate. You can shop by gender of the child, age or categories. It will show you a range of toys that should suit that child. It allows you to easily find gifts for girls who are science mad or boys who like crafty things, and it allows you to search by areas of interest like creative, outdoorsy things etc. There is also an option to just search ALL so you can see all the cool items they stock.

As it is Ms C’s birthday in May, I browsed for aged 7 and for girls. It showed me a range of fun and unusual gift ideas for her that I would not have thought of. I am very pleased with the choices. It has loads of games, toys, play kits and puzzles that all offer something a bit different. This is a fantastic selection of gifts that will stretch the child’s imagination. There are a mix of quality brands like Interplay, Marvin’s Magic, Meccano, etc. and the prices are reasonable. 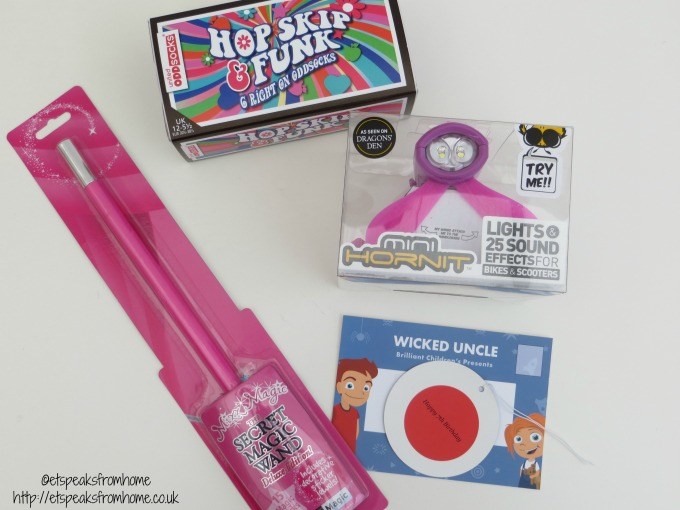 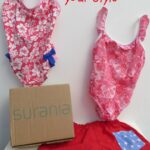 If you were given a choice, who would not want to design your own swimsuit? Both of my children were so excited to get to pick what they wanted for their swimming costumes from Surania website.

This is my first time I’ve come across the concept of design your own swimwear and I think it’s a great idea. It is great to have the opportunity to wear something custom made so that there is less chances for us to be wearing the same swimwear at the swimming pool or beach.

Calling all International Rescue fans. Do you want to learn how to decode and set yourself a mission a week with Thunderbirds to earn badges? Simply log onto www.thunderbirds.com and create your own username.

Mr K has called himself the SonicJetpack19 while Ms C called herself SupersonicArmour58. Once you have registered and got your certificate, it’s time to start working towards getting your badges!

Want to save money by cutting the cost of entertaining the kids this summer? Have you heard of Meerkat Movies? Do you know that every Tuesday and Wednesday, Meerkat Movies offer their customers, 2 for 1 cinema tickets which is available exclusively through comparethemarket.com?

There are so many new family movies on general release now and coming soon including The Minions, Pixels, Inside Out and Jurassic World. With six long weeks to entertain your children, why not take this up now to take full advantage of the savings every single week!

Recently, I came across MeinCupcake’s website and was very pleased with their online shopping experience. They have a huge range from baking equipment, baking ingredients to cake making supplies.

I am a very keen baker and like to bake at least once a week. I always find it hard to get all the items from one shop but Cakemart has it all. I love the brands that they stock like Dr. Oetker, Renshaw, Wilton, Kitchen Craft and many more. The website is easy to navigate with clear titles and categories. For each product, it will show you how many items are available online. One quirk I discovered though – some pages have not been translated from German to English as they are a German company with international web pages.

We love online shopping as it is the best way to avoid crowds and moaning children. In our experience children and shopping never mix well. Shopping online means we are able to have some additional time over the weekend to do more activities.

Shopping online ‘under one roof’ proves that it is not hard at all! Recently, I came across Flamingo Gift who sell a range of unique gifts online from home items to clothing for children.

Like many others, we’ve embraced online shopping and would now find it a real chore and inconvenience if we had to go back to shopping for everything from the high street! However, with the wealth of information online and the increasing number of online outlets available to you, this in itself can end up being quite time consuming.

For example, I dropped a hint to my husband a while ago that we need a better new compact camera, and he must have spent hours upon hours researching various products, reading up on professional and consumer reviews and of course looking for the best prices. Wouldn’t it be great if you could just visit one website that would do the price searching for you?

If you’re anything like me, you’ll shudder at the very thought of dealing with important financial matters. Yes, it has to be done. And yes, it’s a hugely important part of managing family life. But that doesn’t mean I have to enjoy it.

Recently, Mr C and I have been thinking about our finances – we’re considering making a couple of big purchases and we’ve been looking into all the options out there for us.

A friend of mine suggested that I tried a free credit report from Experian CreditExpert – so that’s exactly what I did. We all know that facing your credit score head on can be a scary task, but I can honestly say that it was a simple, straightforward, enlightening process (and nowhere near as scary as it sounds, I promise!).

Online shopping is sometimes so much easier to do than to pop into the shop and find that the items you want are out of stock or the shop is closed! Nowadays, you can get almost anything online from groceries, clothing, electricals and even cars! An online pharmacy is one of those that I had not tried before.

Chemist Direct provides over 20,000 health, pharmacy, beauty and prescription products online. Their range of products includes medicines, pharmacy, pets, vitamin supplement and many others. Shopping online is always available 24/7 which is very convenient for busy families.

This December, I am thrilled to partner with Games Quest. Games Quest is an online game store who are not just limited to games but also sells toys and books with over 30,000 items. There is something for everyone!

This coming weekend (Nov 14 – 16) is the Great British Switch when comparethemarket.com is encouraging those aged 65 and over to see how much money they could save on their energy bills this winter by switching to a new supplier. Research suggests that around 90% of those aged 65 and over have never tried to switch energy supplier, despite the fact that a typical household can save up to £350 a year by switching energy suppliers. My husband switches regularly as the best deal one year doesn’t mean you’ll be on the best deal next year when the deals change.

I was so thrilled to receive my Home Sweet Home photo collage from Easy Collage that I uploaded a photo of it straight away to Facebook. I was excited to see that all my Facebook friends loved it too, and my Singapore friends wanted to print one too.

Love a toy box for storing all sorts of junk and love a desk for playing or learning? Kidsplaykit sells this ingeniously designed flower toy box and desk serves both these purposes. It is a desk and a play table, making it perfect for those with limited storage space just like us! In addition to this gorgeous pink flower toy box theme, they also have a dinosaur and race track themes which is more suitable for the boy’s room.