No matter how many stars a hotel is rated, it doesn’t mean they are ‘clean’. There could be natural deaths, murders or suicides in a hotel room. Some hotels are rumoured to be haunted. Have you stayed in such a hotel?

As mentioned in my previous post, I used to work as an operating theatre nurse back in my Singapore days. This is my second post on strange paranormal incidents encountered during my first three night shifts.

For the first few weeks of orientation, we mainly worked office hours but soon after, we began to trial working night shifts. For a normal night shift, there are seven working staff at night running three theatres if they are busy. As I was still a junior and working my first night shift, I was the eighth staff member on that shift.

I used to work as an operating theatre nurse back in my Singapore days. During my 15 months working there, I encountered ghosts many times during the night and day, hence I have to split this into two posts.

This was my second job after I was unhappy working a year in Ortho/ENT C class ward near my home. My friend persuaded me to move to an operating theatre in one of the oldest hospitals in Singapore. It’s one of the largest and busiest hospitals in Singapore and they have multiple disciplines. There are a total of 28 operating theatres on the same floor.

If you work late at night or do a night shift, you can have quite a lot of strange encounters. My third story is a warning to night shift taxi drivers. I have been listening to my favourite Singapore radio station Love 97.2FM Mr Zhou’s Ghost Stories podcasts since last year. Some of the stories involve taxi drivers picking up some strange ‘passengers’. Or their business was poor because they had an extra ‘passenger’ in the front seat that they weren’t aware of which put other potential passengers off from flagging it down.

Hello everyone! This is my second ghost story and the topic is school toilets! Whenever people start talking about school toilets, it always gives me goosebumps. I hate going to school toilets as they are always so small, dark, wet and dirty.

Back in the 80s and 90s, girls’ toilets in Singapore had two types of toilet bowls. One type was for squatting and the other type is the more common seated toilet. Even now, in some shopping malls, you will still find one or two squatting toilets inside the girl’s toilets in Singapore. There are still many people who like to use them as they are more hygienic than using a shared toilet seat. Nevertheless, back to the story.

To coincide with this year’s Hungry Ghost Festival starting on 29th July to 26th August 2022, I decided to blog about my own true ghost stories. Don’t worry, I have only had about eight stories for now. Not enough to fill all 29 days. I will write more when I feel more comfortable sharing it.

Also, my favourite Singapore radio station Love 97.2FM plays Mr Zhou’s Ghost Stories every Friday at 11pm SGT and have published a few of my voice records on the air. I will attach the podcast links in the post but they are in Mandarin.

A few years back, I wrote an article about the Chinese Hungry Ghost Festival but I didn’t elaborate on the don’t dos during this festival. Now, I would love to share some tips and hope everyone stays safe during this period. Even if you aren’t superstitious or don’t believe in ghosts, it is best to show respect to the Chinese culture and people who do believe while you are in Asian countries. 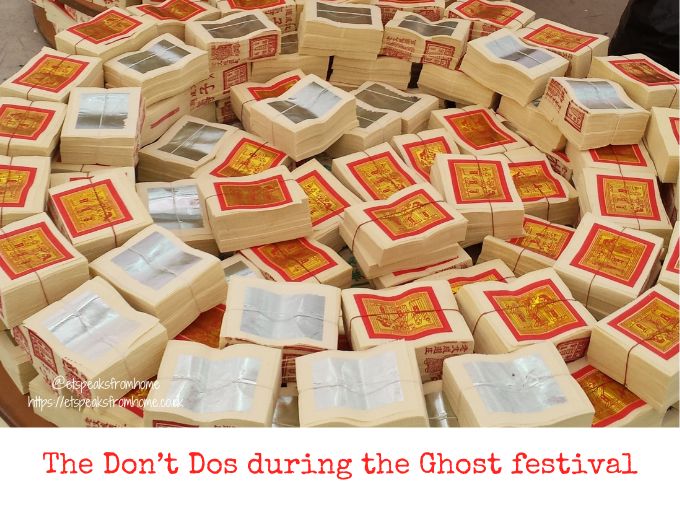 It was the Dragon Boat Festival again, which is also known as the Duanwu Festival. This year it fell on the 18th June 2018 which is the 5th day of the 5th month of the traditional lunar calendar.

As some of you may remember, I help run Lichfield Mandarin Club which started six years ago and we often do arts and crafts with the children, especially with themes based on Chinese festivals. So this school term, one of the mummies Ailin organized some party games for the children. 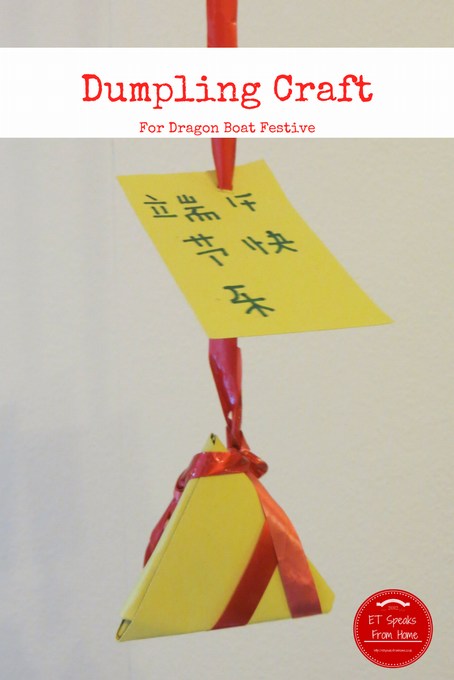 Yesterday we were celebrating the Dragon Boat Festival, which is also known as the Duanwu Festival, and falls on the 9th June 2016. It occurs on the 5th day of the 5th month of the traditional lunar calendar. The festival involves eating dumplings (zongzi – sticky rice) and racing dragon boats!  If you want to know how the dumplings look like, check out my post I wrote two years ago. 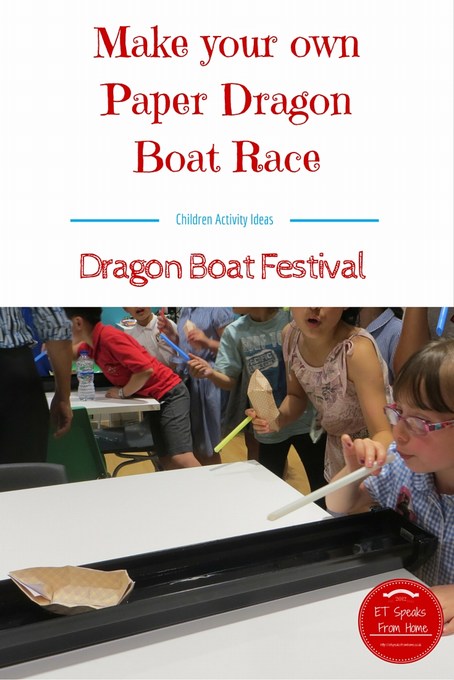 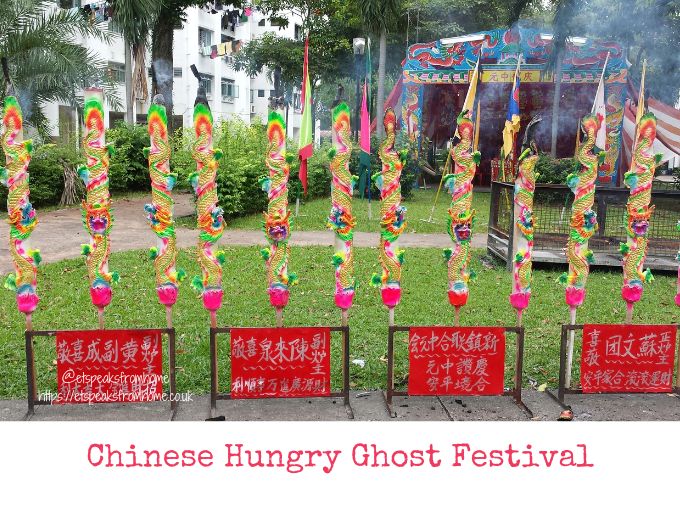 This year Dragon Boat Festival falls on this coming Monday 2 June 2014 which is today!  There are a few versions of how the history came about.  For what I learnt at school it is about Qu Yuan.  He was a poet and minister (c. 340–278 BC) of the ancient state of Chu.  To cut the long story short, he committed suicide by drowning himself in the Miluo River.  The local people raced out to save him but was unable to do so.  So they dropped balls of sticky rice (dumpling) into the river so that the fish would eat them instead of Qu Yuan’s body. 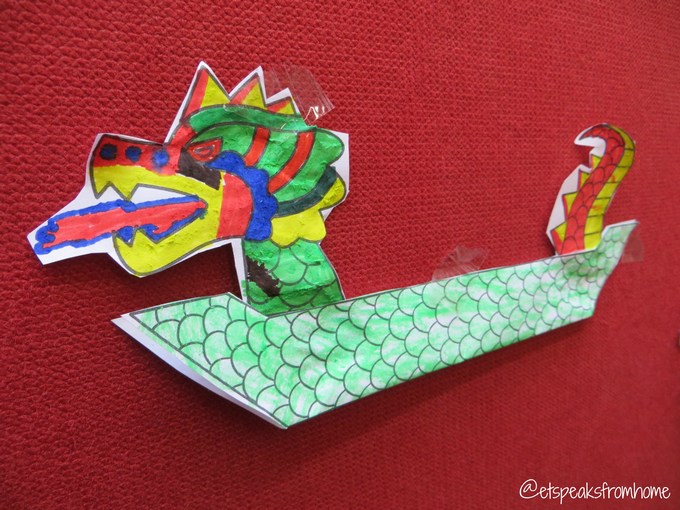 Qing Ming festival is a day where you pay respects at your departed loved one’s grave. The day varies each year as it goes according to the Chinese lunar calendar.  This year it falls on the 5 April 2014. However, it is an acceptable tradition for the families to pray to their ancestors 10 days before and 10 days after the actual day. This is to avoid major congestions at the cemeteries and temples.  As many countries like Singapore are densely populated and short of land, most of the deceased are cremated. If you would like to know how this festival originated, check out Chinese Culture for more details.

Many of you might recall that I had recently written a series blog posts for Chinese New Year and that this year is the year of the Horse.  In the Chinese zodiac, the horse came in seventh out of the 12 year cycle of the animals. If you would like to find out more about the Chinese zodiac animals, click here to read more. Why does the horse come in seventh in the cycle? Legend has it that the sneaky Snake hid itself on the Horse’s hoof.  Before crossing the finishing line, the Snake frightened the Horse and took the 6th spot and left the horse in 7th. 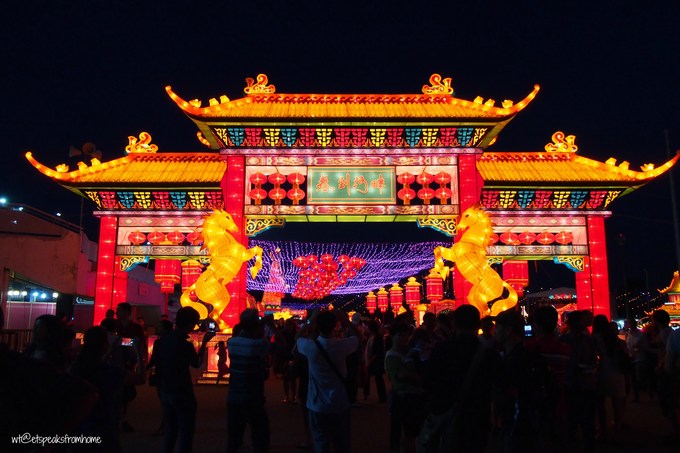 Today, I would like to take you on a journey to see Chinese New Year goodies found in Singapore Chinatown. Living there for over 20 years and going to Chinatown in Outram Park is one of my highlights and recommendations to soak in the new year atmosphere.

Since I moved to the UK, I miss the opportunity to shop for the full range of Chinese New Year goodies. Some of these goodies can be found in UK Chinese supermarkets though so take a closer look if you get chance! 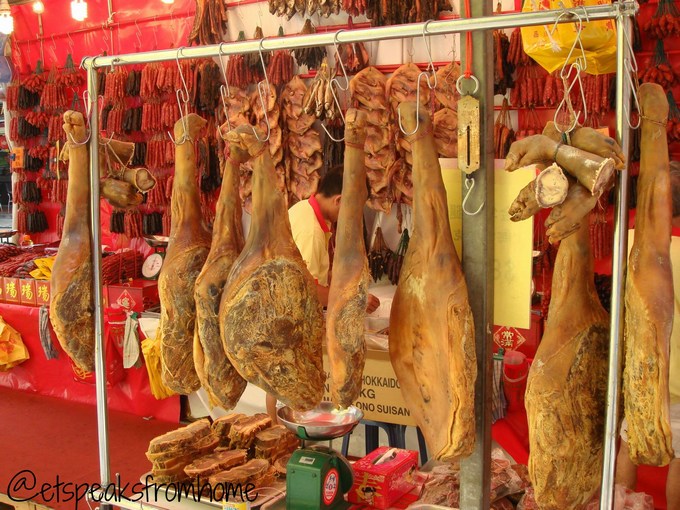