Having heard of Dream Toys these past few years, last week, I finally had the chance to attend one as press/a journalist. I was quite nervous and unsure what I had to do. When I reached the event venue (not very clearly signed and with heavy rain), there were already a lot of people and children running about playing with all these awesome toys! 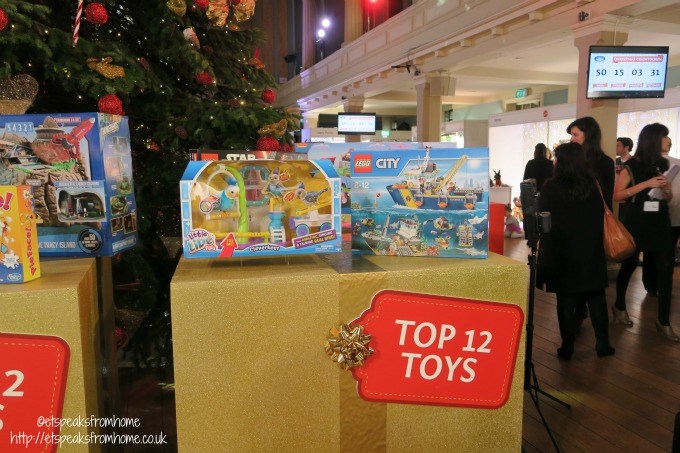 Recently, we came across these unique Bizzy Bitz toys. They have a range of building sets for children aged 3 onwards. It was invented by Mr Alta and Mrs Rachel Fogel who have both been working with children for over 25 years. Having observed children of various ages and abilities playing with the various construction toys and based on this research, they invented a universal, totally innovative ball and socket style system, which they named Bizzy Bitz. 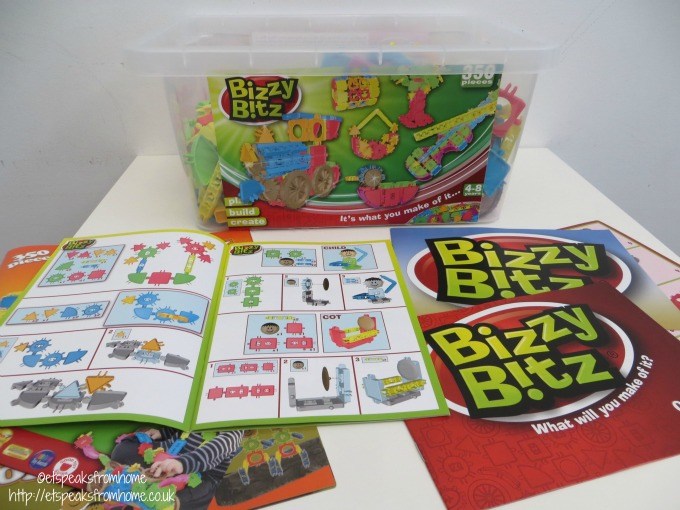 Want to be a spy? Now Spy Net is taking spying to the next level by using vibrasonic technology which allows you to hear without using your ears! This is suitable for eight years old and above. 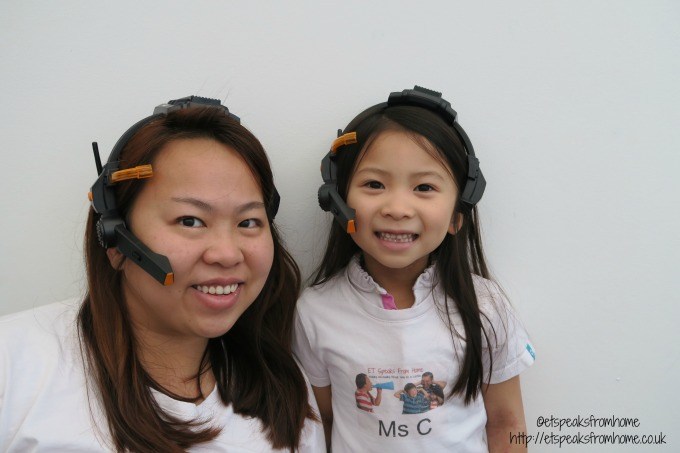 We are no strangers to the Monster High school characters. They are strange, scary and at the same time very unique characters! We have previously reviewed the Ever After High Ginger Breadhouse and Monster High Frightmares Aery Even fall.

Now the Monster High™ ghouls are heading to Boo York City in their first ever monster-iffic musical, Boo York, Boo York! Whilst there, they hope to witness the historic passing of the Crystal Comet at a hair-raising gala and monster skull-ebration, and along their way they will meet new beast friends carving their way in the big city: Luna Mothews™ daughter of the Moth Man, shines in a goth-moth inspired print with mesmerizing wings and an antenna headband that is cute as a bug’s ear!; Mouscedes King™, daughter of the Rat King; avoids looking cheesy in an Upper Beast Side dress with golden polka dots on the bodice, a gold foil tapered skirt and bright blue tiara; her mouse ears, tail and tufted fur are totally monsterrific! and Elle Eedee™, daughter of The Robots, sticks to clean lines in a futuristic dress with metallic belt/overskirt, dramatic print cape, bright blue shoes and scary cool headpiece. 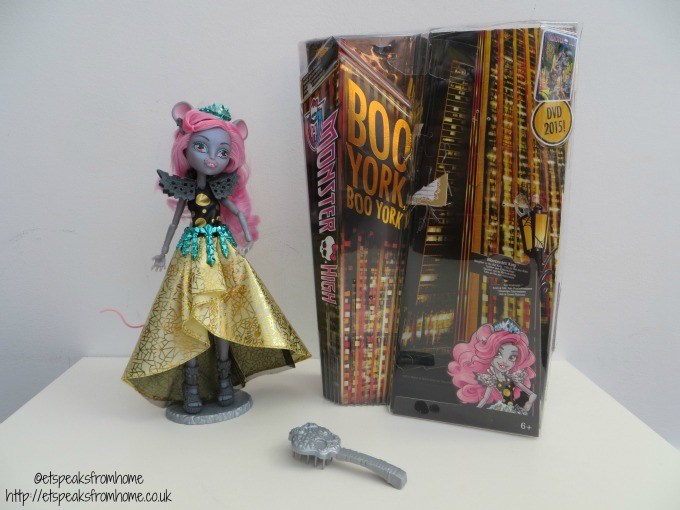 As part of the 2015 Playmobil Playologists team, we are very excited to show you these brand new Super 4 toys from the series that have just launched! These are the Musical Flower Tower with Twinkle 6688 and C3 Cleano Robot 6693. 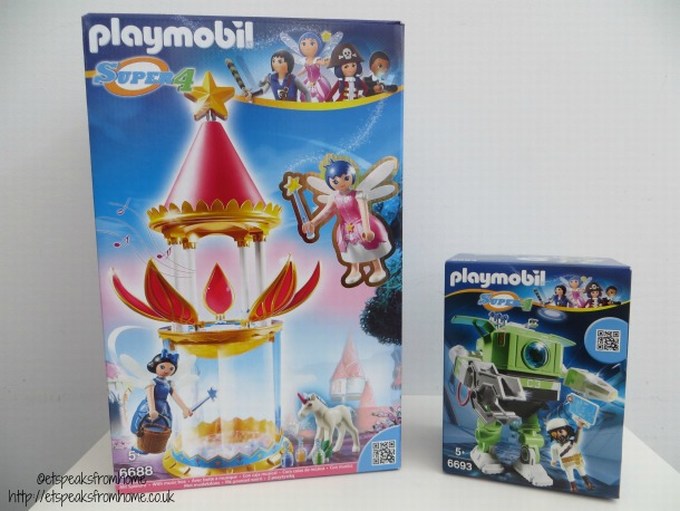 Last week, Anthea Turner joins Vivid Toy Group to celebrate the 50th Anniversary of Thunderbirds TV series which launched on 30th September in 1965. If you are a big fan of Blue Peter, you probably remember that Anthea Turner’s demonstration of building a replica Thunderbirds base using papier-mache and toilet paper tubes. The beloved 1993 home-made creation caused such a fuss Blue Peter was inundated with requests for an instruction leaflet, which is still available online.

This year represents the 3rd time Vivid Toy Group have launched Tracy Island as part of their Thunderbirds toy range. Having already been listed in a raft of Toy retailers’ Top 10 Toys for Christmas, Hamleys Boys’ Category Manager believes that the new, Interactive version is a sure fire hit: “Tracy Island stands out as the one to watch this Christmas and a complete sell out is predicted.” She continues: “It’s amazing that 50 years on Thunderbirds still has the power to engage with children and adults alike, it’s rich history remastered to a 21st century audience has only strengthened its appeal and place as an iconic British brand.”

The presenters’ original Blue Peter Tracy Island model is unveiled alongside the new Interactive Tracy Island. How awesome is that! 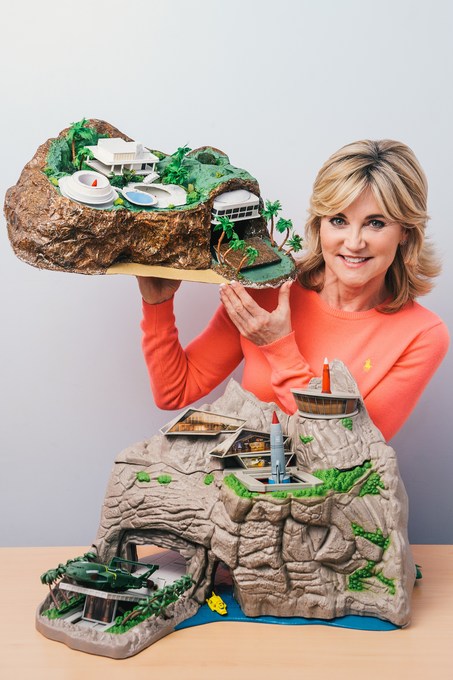 This stunning red Y Fliker A3 is from the Air series. It is ideal for aged 7 and over with a maximum weight limit of 80 kg. It comes in pink or red. 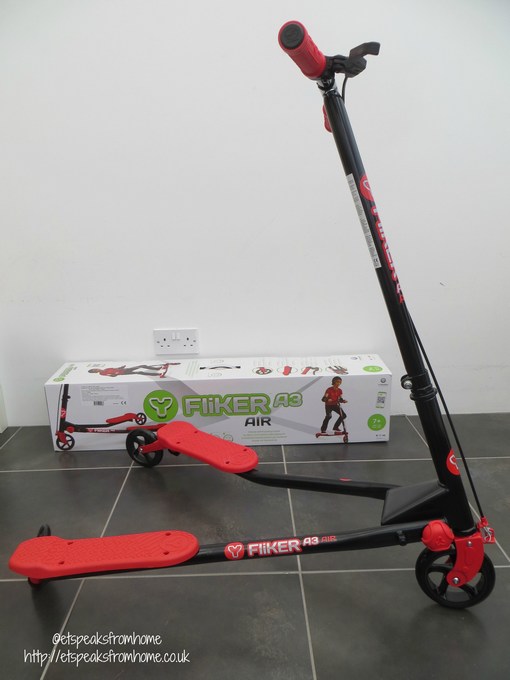 Here comes Turtle Power! This summer, Mr K and Ms C has been busy role playing, running through the sewer to save the innocent people from Shredder and his gangs! Through the Teenage Mutant Ninja Turtles (TMNT) playsets we received from Flair, they have had so much fun pretending and fighting until the end! 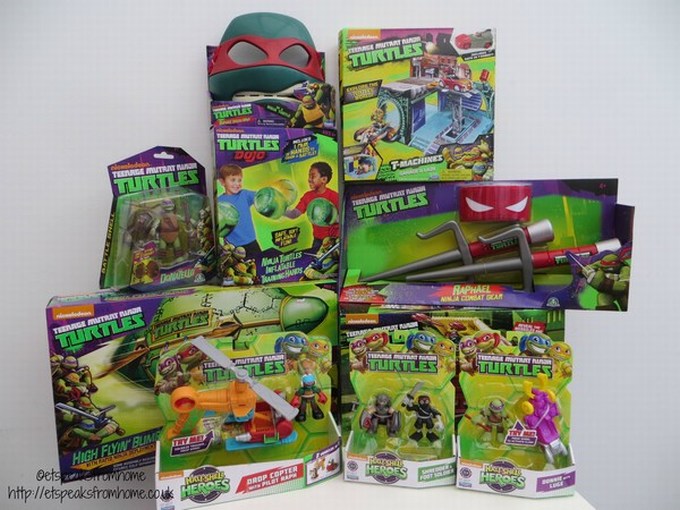 Did you know that Power Rangers Dino Charge, the newest season of the iconic Power Rangers series, is coming to a TV screen near you this Summer? Mr K was thrilled when he found out and he is looking forward to watching the first episode when it premieres on POP on Monday 31st August at 7.30 am. 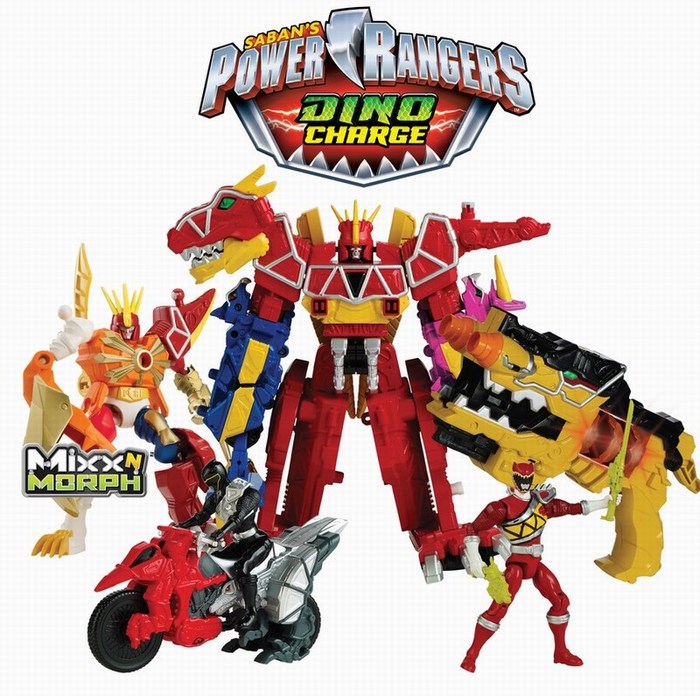 This summer, Barbie is getting young stylists to create unique glittery looks for them using this special glitter hairstyling set! This Barbie glitter hair doll allows you to create the most unique and trendy looking hair!

My daughter loves to style her own hair and also for Barbie too! She recently reviewed this rainbow hair doll and now she is going to learn to create the most sparkling hair ever! 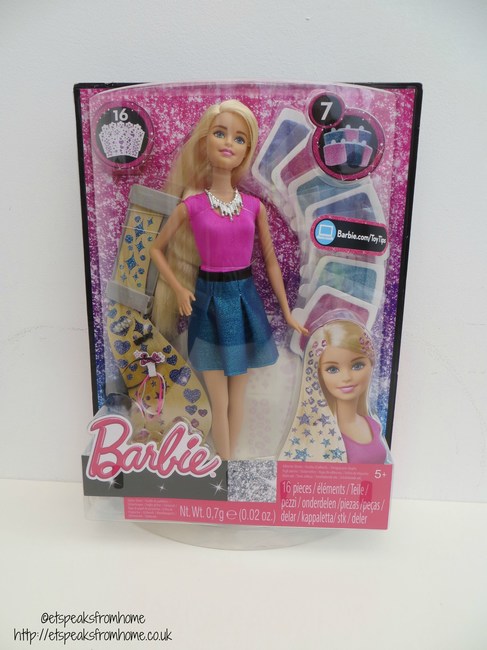 Early this year, Schleich launched a range of Farm Life New Horses’ products and it has just landed here. Ms C was thrilled as this is exactly what she wanted to add on for her horse riding arena!

This Schleich New Horses range is suitable for children aged 3 and above. They have the Showjumper, Recreational Rider, Equestrian Grooming Set, Blanket & Headstall, Treat Set, Show Jumping Saddle & Bridle and Chicken Coop. Each accessory is very well made and with a smooth finish. 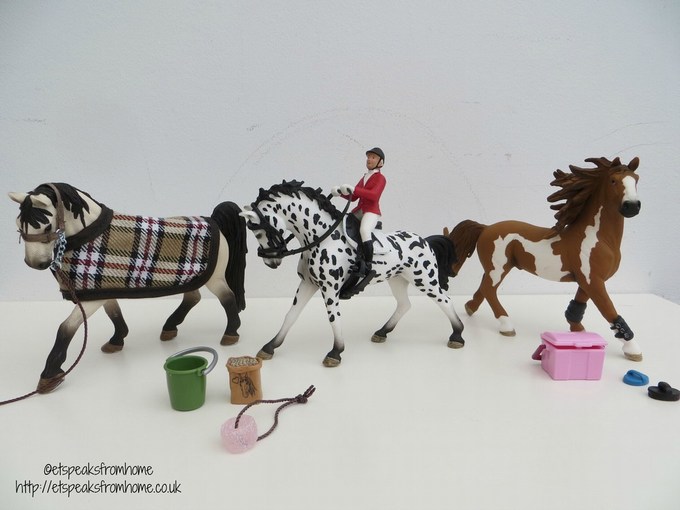 I love cleaning and most of my friends/regular readers will have notice that I regularly review cleaning products. Also, any visitors to my house will know my house is sparkling clean! Recently I received the Kärcher K4 Pressure Washer for review and I was so thrilled to find out that they also come in a kids version! Yes, a mini Kärcher pressure cleaner! How cute was that! 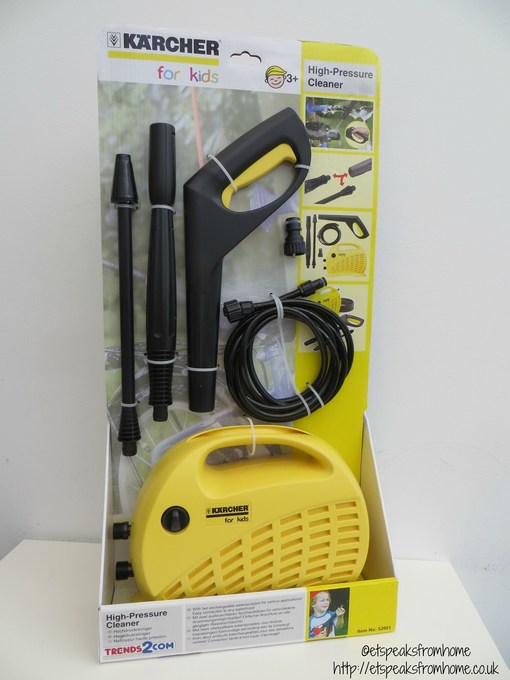 The Ugglys are the sickest, rudest and crudest range of pets you would ever own! Now The Ugglys have expanded their collections into collectable The Ugglys figurines.   They are small in size but big on gross and include the Dirty Dog Wash Van to Pet Shop. 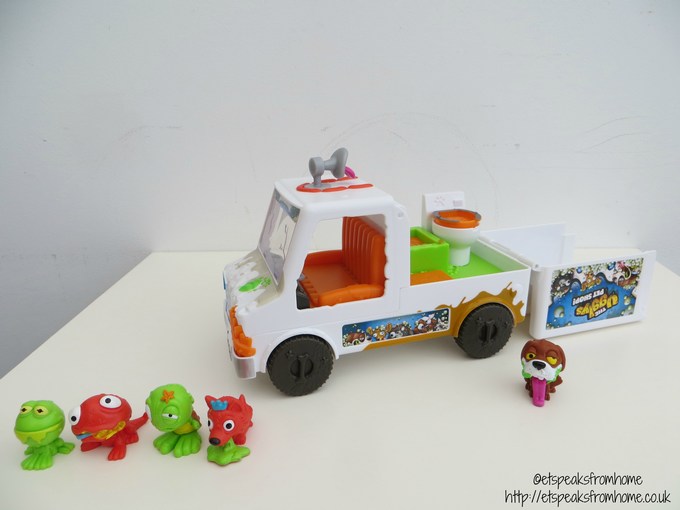 This Barbie Rainbow Hair doll is made to play with her beautiful long blonde silky hair. My daughter like this idea as she can simply swipe her Barbie’s hair with the rainbow hair tool!

This set comes with Barbie doll wearing a shimmery pink top and graphic print skirt (Velcro) accessorised with pink loop earrings, a blue bracelet and black shoes. There is also a hair tool, one rainbow colour cartridge, three barrettes, two rubber bands and one brush. This set is suitable for aged 5 and above. 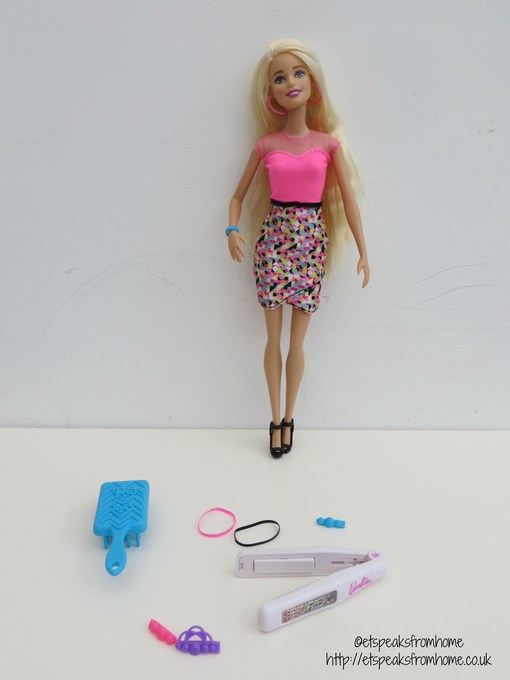 Building and constructing are one of my son’s favourite pastimes. If he is not virtually building in Minecraft, then he is building houses out of his other construction toys. I believe by giving him the right toys will help to nurture him his imaginationand creativity.

Recently, I got in touch with the Anker group who are the designers and suppliers of kids activity brand – Kids Create. Their products are relatively new but they can be found in national retailers, independents and web-based companies. 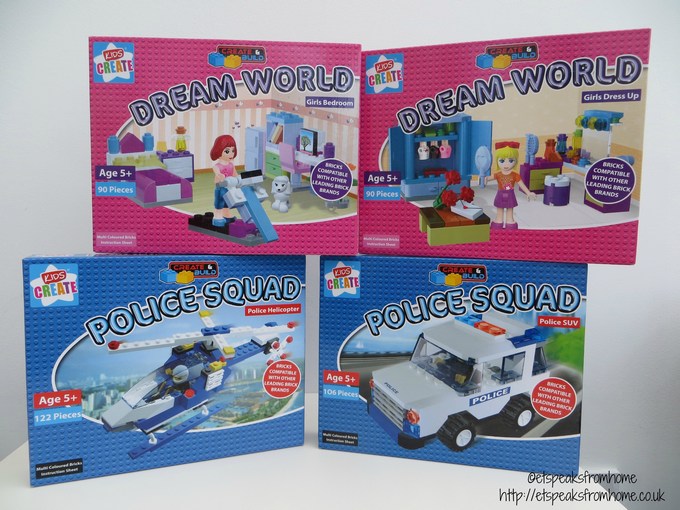