You have until 14th August 2022 to catch this superbly enjoyable Bugsy Malone The Musical at Birmingham The Rep. We loved this bad boy musical, especially with the lively music, the great energy levels from a talented cast of 9 to 15 year olds and the excitement which ran throughout the show. 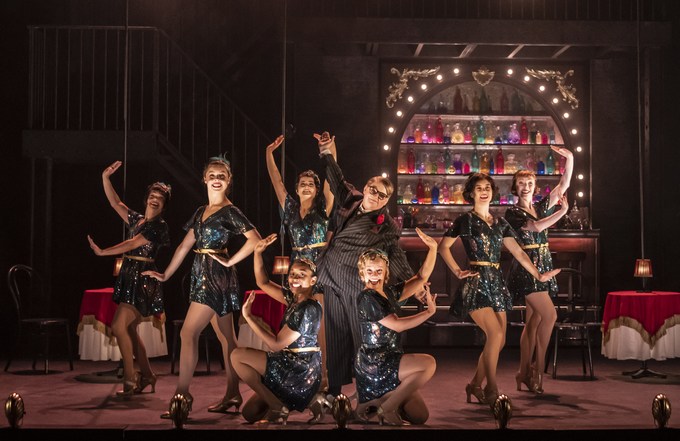 This year, the Old Rep Theatre is bringing you a brand new twist to Lewis Carroll’s classic magical Alice in Wonderland to the stage. Now you are joining Alice and her three daughters on their adventure down the rabbit hole following the White Rabbit to meet some extraordinary characters. Not only that, this year they are working with BOA staff and Year 13 Musical Theatre students to, include four separate casts, playing over the next four weeks. 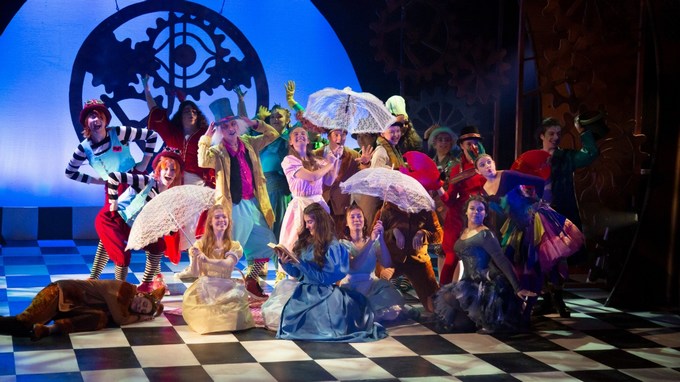 Yesterday, we were invited to watch an exclusive musical show – Emily Brown and the Thing at the Birmingham Hippodrome’s Patrick Studio. This musical show is based on the much-loved book by Cressida Cowell (author of How to Train your Dragon) and Neal Layton. This delightful family-friendly show is brought to you by Tall Stories theatre company and is the perfect treat for all the family until the 6th January 2019! Catch the show during this festive season before it transfers to New York and embarks on a North American tour in 2019. 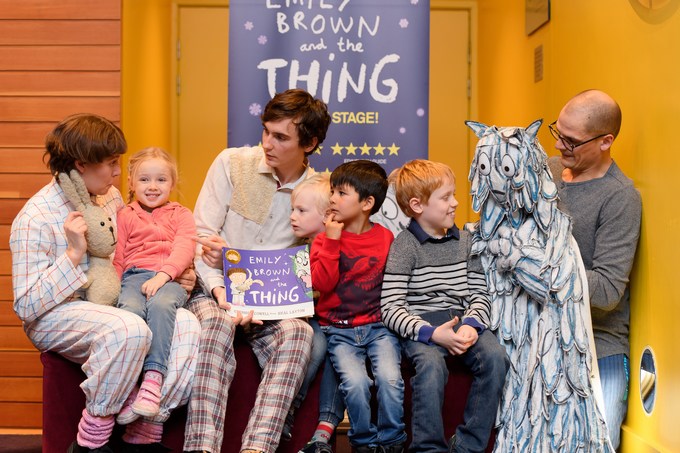 Bubba Gump Shrimp Co is a restaurant that was first opened in California based on the film Forrest Gump and has since expanded to multiple locations worldwide including London!  It is located near Piccadilly Circus tube station, which is very convenient and easy to find!  If you happen to be out in the West End, why not visit this awesome place that is filled lots of Forrest Gump film props. 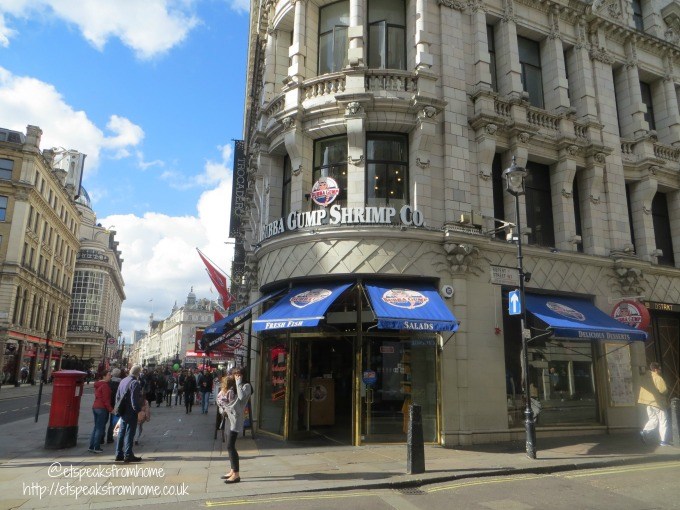 Aye aye shipmates! Welcome aboard The Old Rep Theatre! Last week, we were invited to attend the Treasure Island show along with a few other bloggers from the Midlands. Treasure Island is currently stage until the 3rd January 2016 and includes matinee and evening performances. If you like a good pirate adventure featuring fascinating characters inspired by Robert Louis Stevenson’s classic tale, then you should check out this Treasure Island show. This show is brought to the stage by Scott Ritchie and Birmingham Ormiston Academy (BOA). 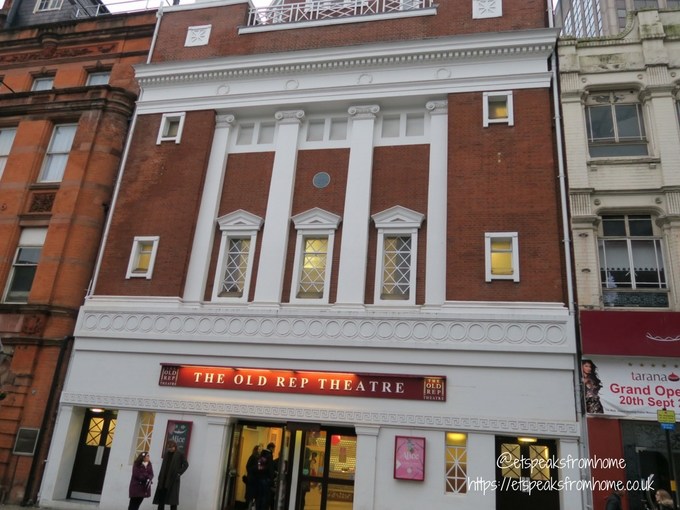 If you have not watched Shrek before, read this to understand it better: Shrek is a grouchy, terrifying green ogre who loves the solitude in his swamp, finds his life interrupted when many fairytale characters are exiled into his swamp by order of the fairytale-hating Lord Farquaad. Shrek tells them that he will go ask Farquaad to send them back. Farquaad tortures the Gingerbread Man into giving the location of the remaining fairytale creatures until his guards rush in with something he has been searching for: the Magic Mirror. He asks The Mirror if his kingdom is the fairest of them all but is told that he is not even a king. To be a king he must marry a princess and is given three options, in a parody of The Dating Game: Cinderella, Snow White, and Princess Fiona, from which he chooses Fiona, who is locked in a castle tower guarded by lava and a dragon. Shrek fights a fearsome dragon, rescues the princess and learns that real friendship and true love aren’t only found in fairy tales. 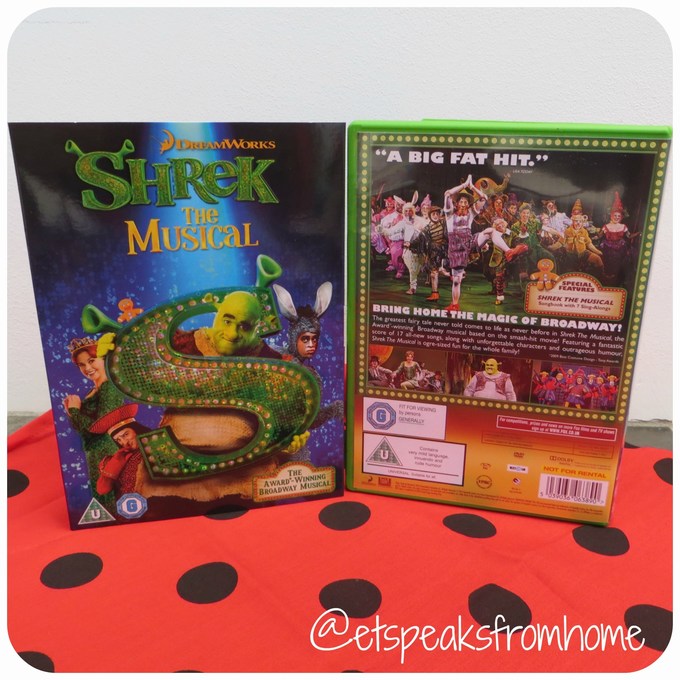 Last Thursday, the lovely people from Town Hall & Symphony Hall kindly offered my family tickets to watch Room on the Broom Theatre. We had a fantastic time and I would recommend this show to anyone with children who is over 4 years old. The recommend age is 3+ years old. 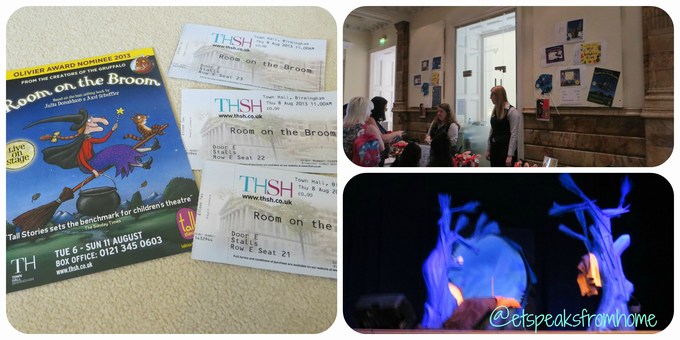 Dora the Explorer is an American animated television series about a Latina girl who loves to embark on new quests with her talking purple backpack and her anthropomorphic monkey named Boots. This time Dora has lost her teddy bear Osito, and the search is on to retrieve him. With the help of the audience, Map, Backpack, Boots, Diego and their courageous friends, Dora uses her map-reading, counting, musical and language skills to successfully pass through the number pyramid and the mixed-up jungle to reach the City of Lost Toys. 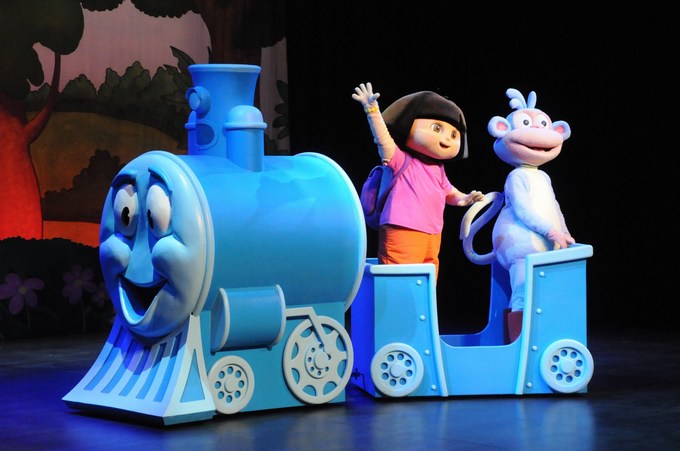 The first time that I came across The Gruffalo magnetic book was my son’s 3rd birthday present from my friend, AP.  It looked so interesting and I heard a lot of good reviews from friends that it is a classic book for the whole family!  We loved it so much that we followed up and bought the paperback and hardback editions!!  I’m really glad that I did which will be explained soon! 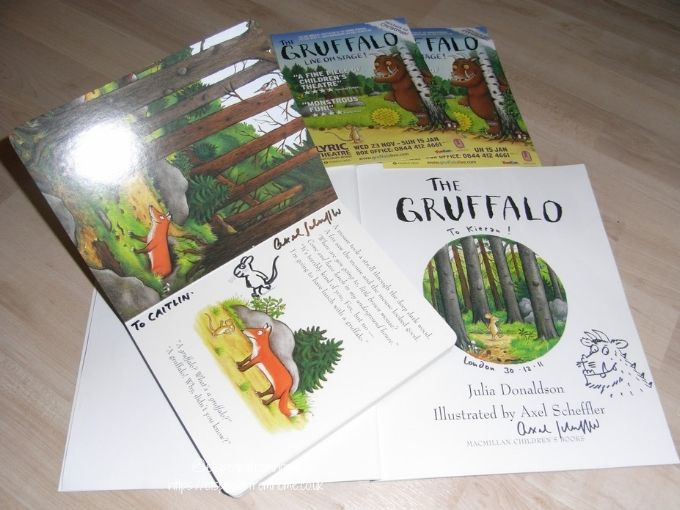