Last Saturday, we were so lucky to get invited to watch the Wasps versus Toulouse game in the Heineken Champions Cup in Coventry. This was an important game for Wasps Rugby Football Club, especially as they hadn’t won in any of the Heineken Champions Cup games so far in this tournament and they were up against a strong French team in Toulouse who had won their games. 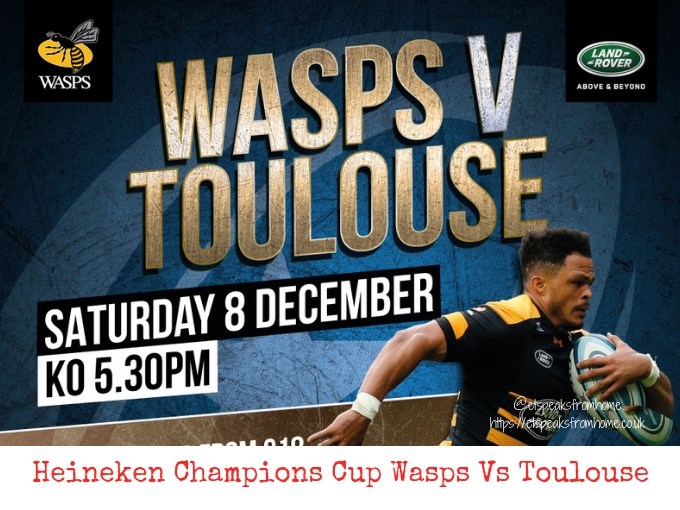