Chuggington: Turbo Charged Chugger from Abbey Home Media is storming onto DVD next Monday 23rd February 2015! Chuggington fans are in for a real treat as it not only comes with 66 minutes of high speed adventure, it also comes with a bonus story CD with four stories. They are: Wilson Smooth Moves, Can’t Catch Koko, Braking Brewster and Clunky Wilson. 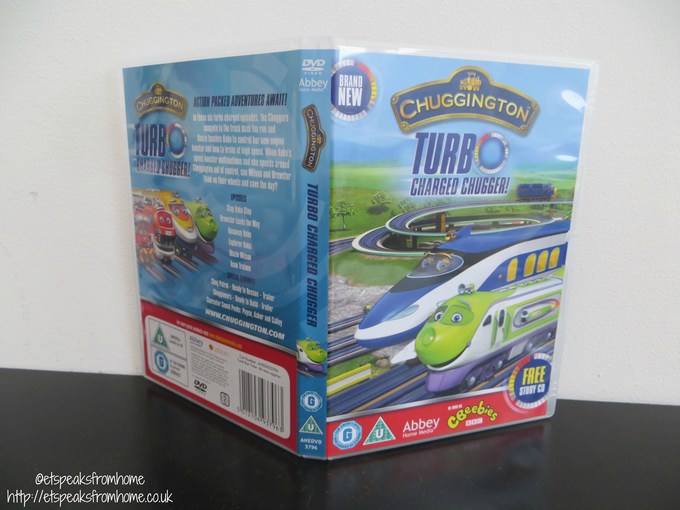 Chloe’s Closet is a British and American animated children’s series since 2008. It is about the adventures of a four-year-old Welsh girl (Chloe) and her friends (Tara, Jet, Danny, Riley, Lil, Mac and Carys) and her toys (Lovely Carrot, Wizz and Soggy). When Chloe tries on a new costume, she goes on a fantastical journey. 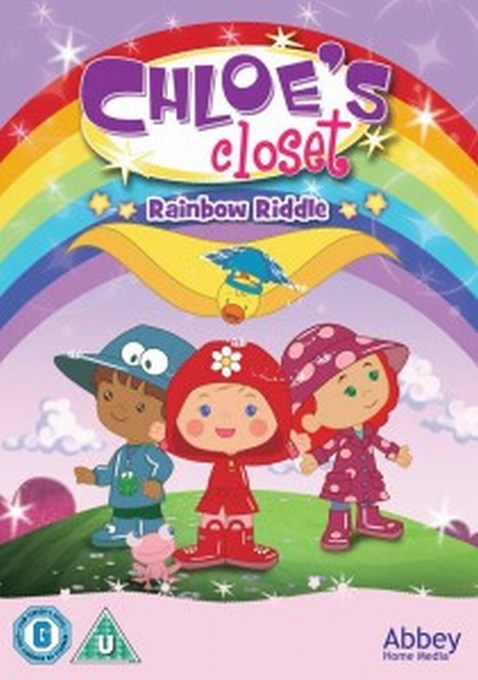 If your children is a big fan of Milkshake Bop Box, they would definitely love this Boptastic DVD!  Join the five milkshake Amy, Olivia, Derek, Kemi and Jen to sing and dance along in this DVD.  It includes over 20 songs, along with easy-to-learn toe-tapping dance routines.  Over an hour of musical fun for pre-schoolers. 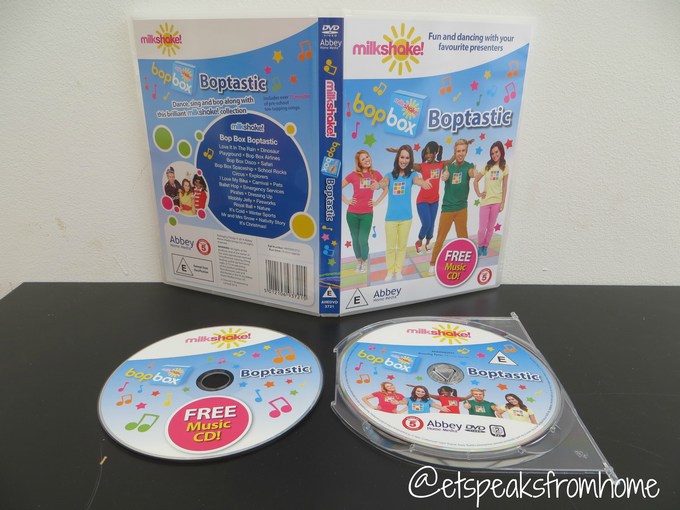 This is the latest DVD release of Horrid Henry and the King of Bling Volume 24 from Abbey Home Media.  Horrid Henry stories are based on the characters created by Francesca Simon, illustrated by Tony Ross and published by Orion Children Books.  Click the link if you would like to read about our Horrid Henry book reviews. 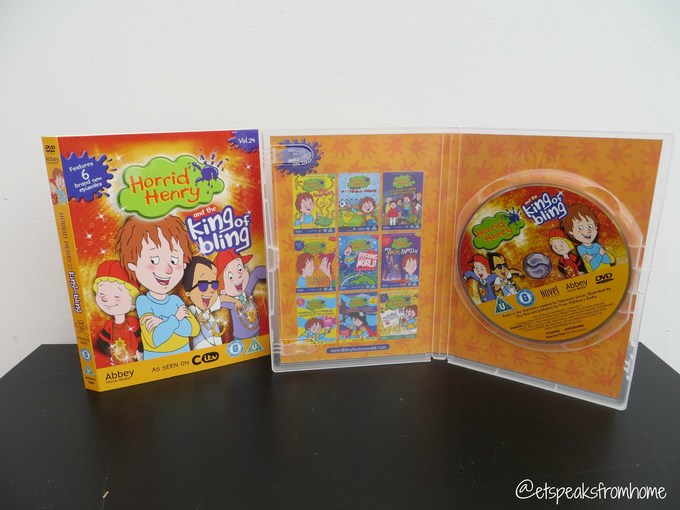 My children would so excited when they saw the new release Beano Dennis the menace and gnasher DVD.  They are now available in Amazon and all good retailers.  This is the Come Menace with Me Volume 1 DVD which was released on 10 February 2014. 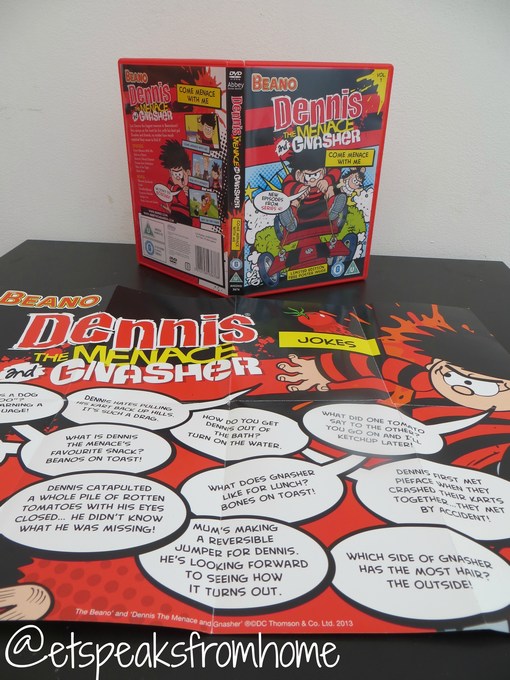 Tooned is an animated cartoon by McLaren and is aired on Sky Sports F1 before the start of each Formula 1 race. Each episode is about 3 minutes long. These episodes are from season 2 and written based on McLaren’s 50th Anniversary by Chris Waitt, Henry Trotter, Ed Dyson and Tim Bain. Join Professor M (Alexander Armstrong), Jenson Button and Sergio Perez, as they present a hilarious look back over 50 years of McLaren racing, with exciting, wild and unexpected tales about the legendary McLaren world champion drivers Emerson Fittipaldi, James Hunt, Alain Prost, Ayrton Senna ,Mika Häkkinen and the great Bruce McLaren himself. They also feature the real voices of F1 legends Alain Prost, Mika Häkkinen, Emerson Fittipaldi and Murray Walker, as well as a starring role for Brian Cox (The Bourne Trilogy, Troy, Braveheart) as The Old Mechanic. 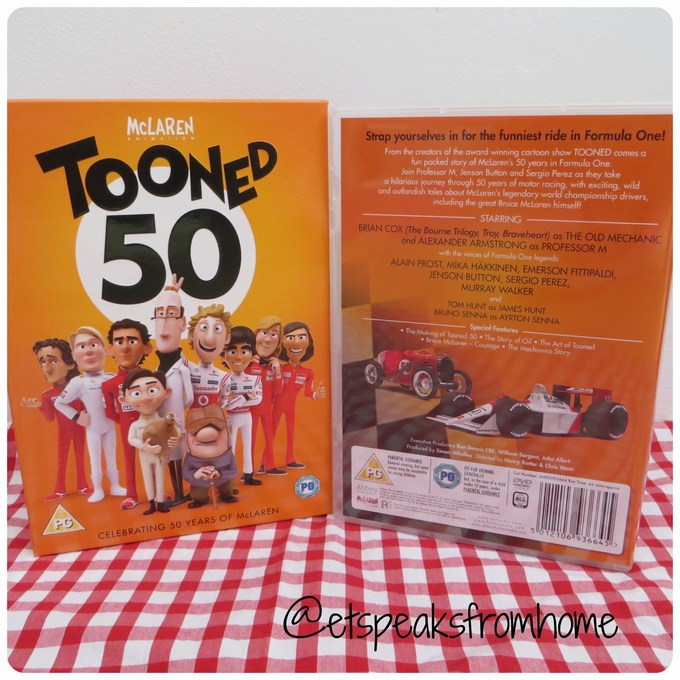 Abbey Home Media will release a new DVD for Woolly and Tig – One Step at a Time on 16th September 2013.  It is a series of 5 minute live action dramas about a three year old girl (Tig) and her toy spider (Woolly). 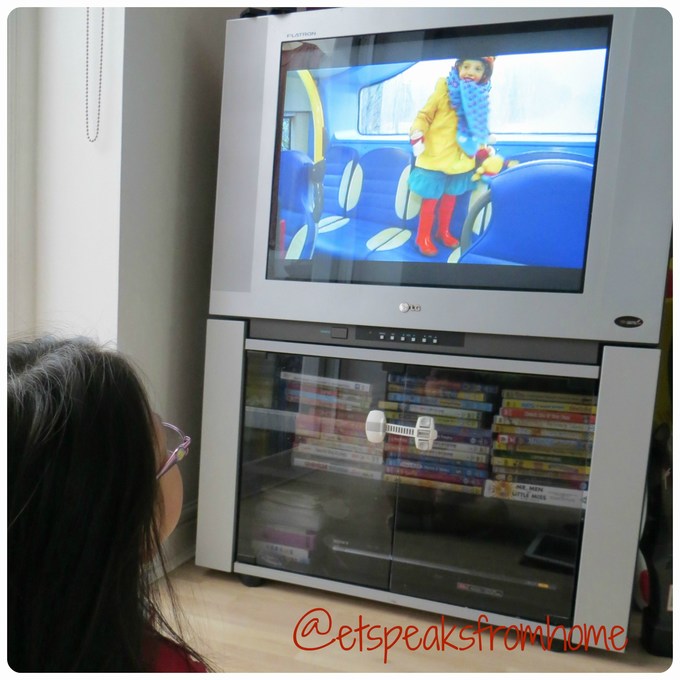 Abbey Home Media is releasing The Adventures of Abney and Teal – Faraway Island on 9th September 2013. Ms C and Mr K miss a lot of their favourite shows now that they are both in school full time.  So they were both over the moon when I gave them the disc! 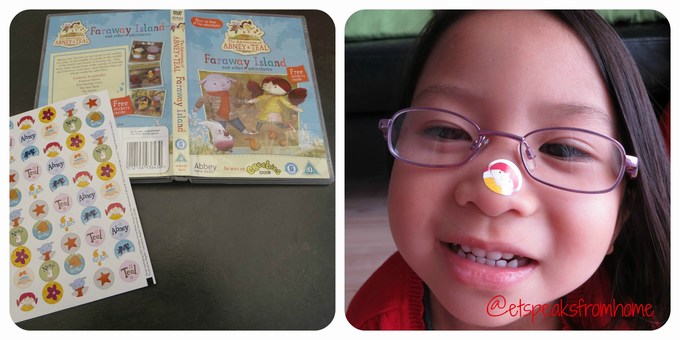 We are a big fan of the Cbeebies channel because it is age appropriate for my kids and the shows are entertaining.  My children love to watch Mister Maker, Grandpa In My Pocket and a lot more.  We first got to know Cloudbabies last year in May 2012 when they first showed it on Cbeebies. Now both of my children are in full time school, they missed their favourite Cbeebies shows. 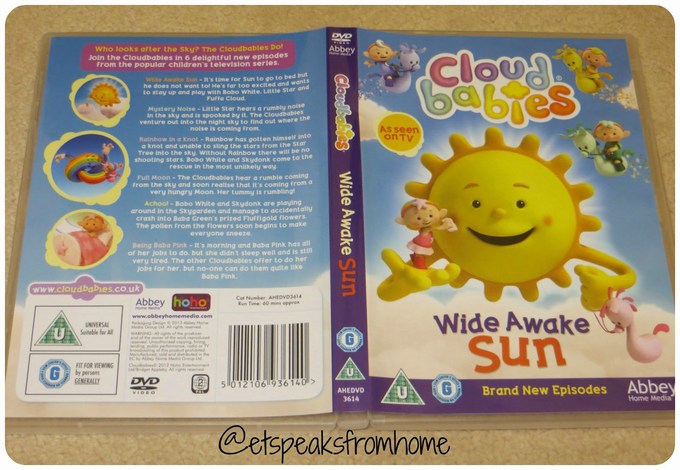 Mister Maker Volume 5 was out on DVD last week 3rd June. It is yet another brilliant craft time with him. In this DVD, there are 5 episodes and each are over 19 minutes. There are over 20 art and craft ideas making a wobbly egg, ice cream cone, 3D ships, worms in a can etc. We are big fans of the Cbeebies channel and my children love to watch Mister Maker whenever it is on. We are delighted to get this for review.

After watching Mister Maker, both children like to try out one of Mister Maker’s ideas. Today, we made the ice cream cone game! It is very simple and we are suppose to make it in a minute. With two young children, this is unrealistic as we took at least 10 minutes of craft time. 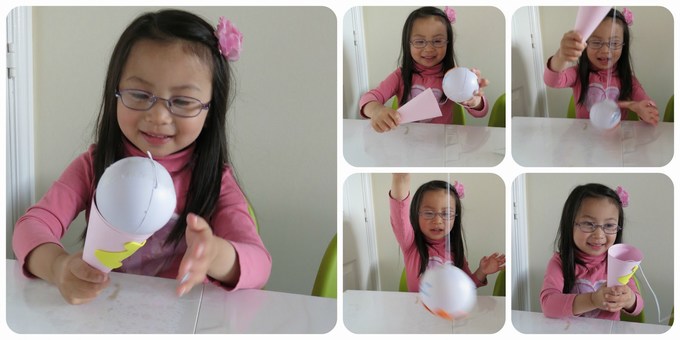 This week has been a hard week for us. Both of my children had fever and sore throats since last week. Since both of them have to be off school, I gave them Sooty The Children’s Party DVD to watch. Within a minute of watching, both children were raucous with laughter! They were both amused by Richard’s funny actions with his team Sooty, Sweep and Soo. This helped lighten both children’s moods and they felt so much better. There are five fun-filled episodes on the DVD running 55 minutes in total. I love their small funky campervan. It brings back memories of us going on our campervan trip. They also go to the seaside in the Beach Patrol episode which both of my children love. 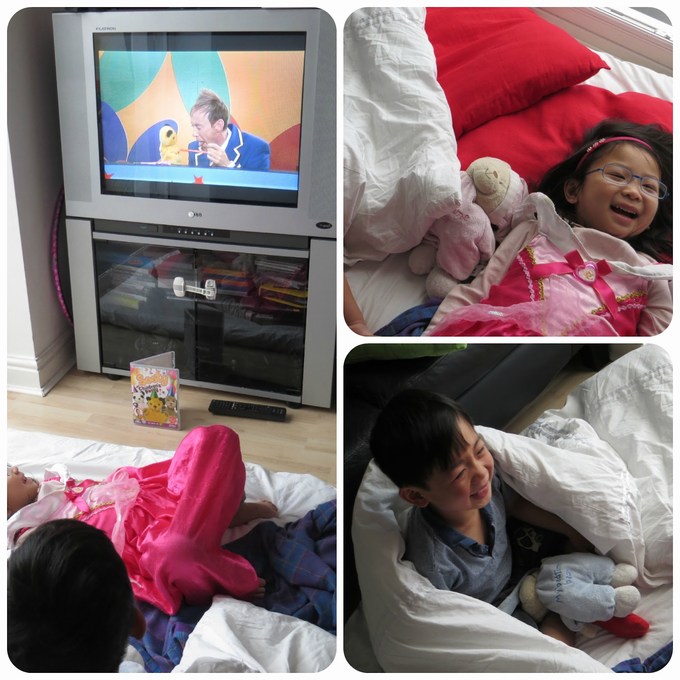 Abadas is a CBeebies show screened every day Monday to Friday at 9.05am. It is about Hari the hippo, Ela the fox and Seren the bat who live in a pop-up book under Ben’s bed. There is an educational element to the show in that it helps children to learn new vocabulary that corresponds with objects they are likely to come across in childhood. It also helps to organise their talk to re-tell a story in its correct sequence. Questions are asked and answered which helps children confirm what they have learned. 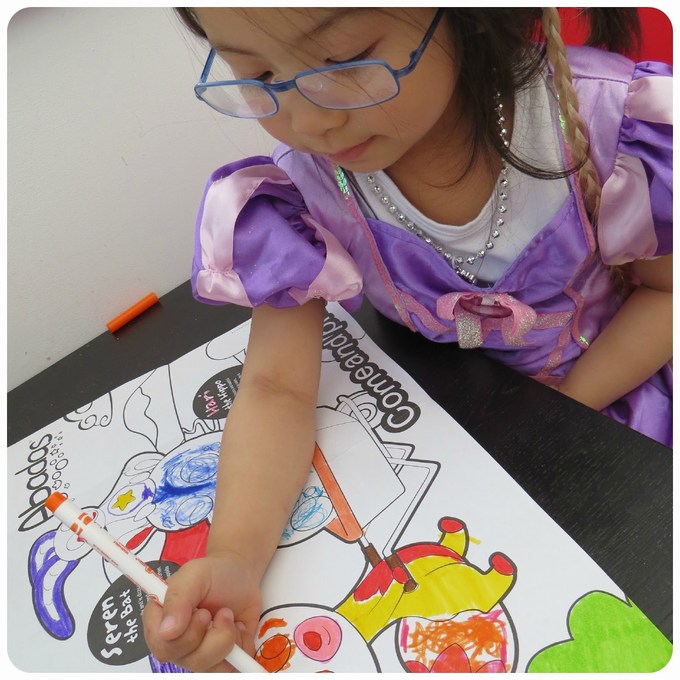 In this DVD, there are 12 episodes running 86 minutes in total. They are: Alphablocks A-Z letter sounds; On letter sounds; Van; Party; Web; Wig; Rainbow; Zap; Box; Quick; ABC and The Cat Sat On The Mat. Each episode is fairly short, at approximately 4 minutes long. The programme is very engaging and both children enjoyed every minute of it. There is a lot of music, singing and interesting ways of presenting the words. 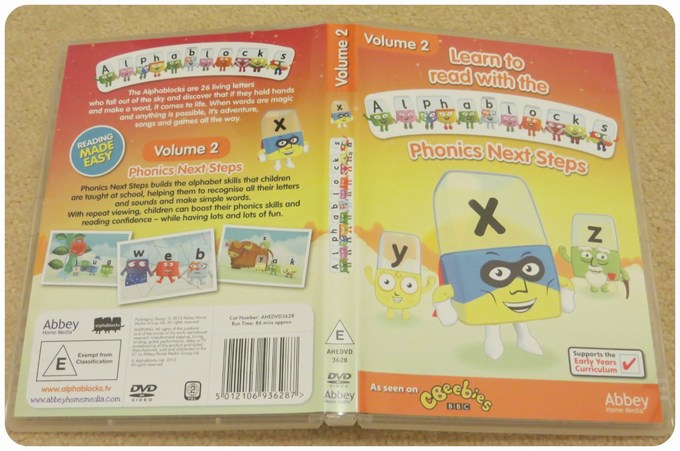 When I asked my son to watch this DVD, he replied he had watched it on Cbeebies.  I was totally unaware of the show as it is shown at 8am in the morning. At that time, normally I am still tidying the rooms. 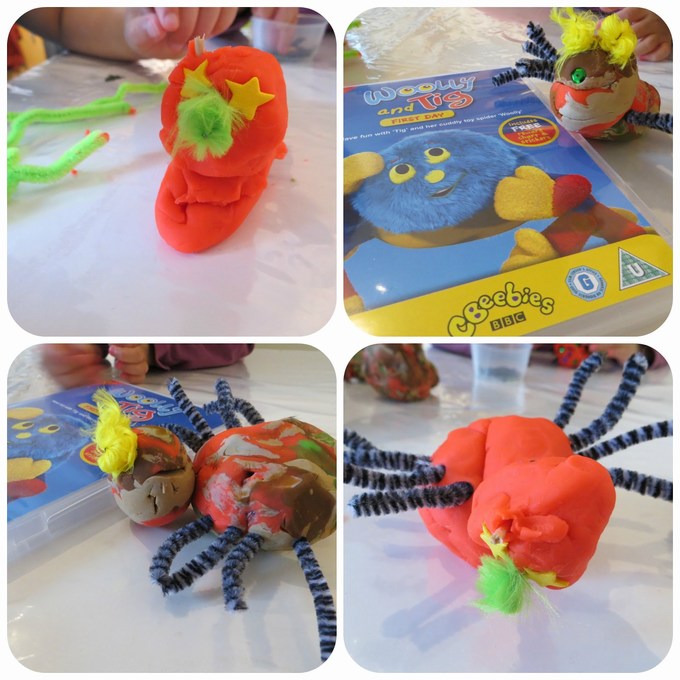 I remember growing up watching The Sooty Show in the 1980s, presented by Matthew Corbett.  But Sooty’s history stretches back as far as the ’60s.  It’s main characters are Sooty (yellow bear), Sweep (Grey dog) and Soo (Panda). 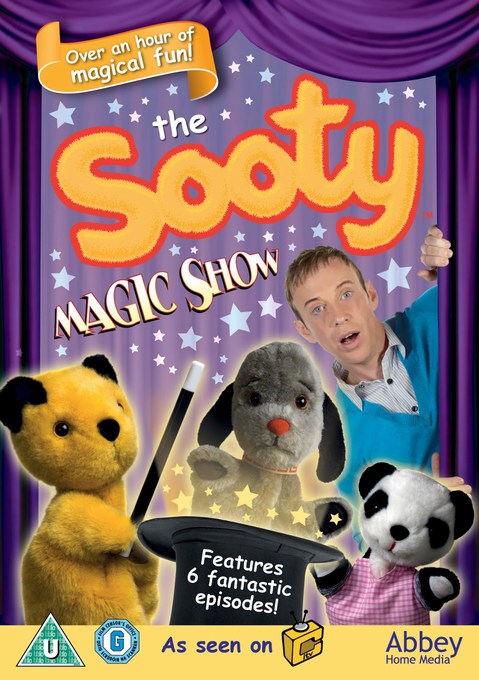