Screechers Wild is a brand new children’s animated series and prior to the debut of the series, Alpha Toys launched the toyline and web-series in early 2018 which you can catch on their YouTube channel.

This Screechers Wild range that we have received, is a collection of awesome race cars/machines that transform themselves into unique creatures in seconds by driving it at one of its discs to activate the 360-degree flip morphing action. It is suitable for aged six and above! 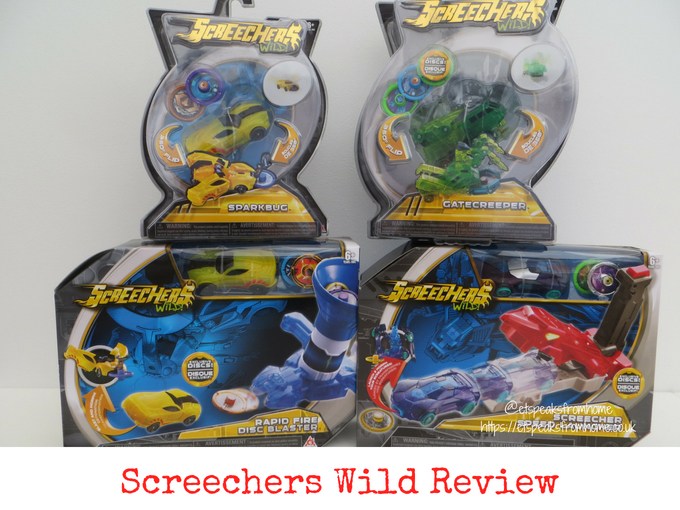 Check out Screechers Wild in action below!

There are two ways of playing Screechers Wild. Either use the blaster to fire the disc onto the Screecher to transform it into a crime-fighting beast or roll/use the launcher to launch the Screecher onto the nearby disc! Then watch it complete a flip, and land safely back down on all four wheels.

My children’s favourite is the Rapid Fire Disc Blaster which allows them to rapidly fire discs at the Screechers and watch them flip and morph! It didn’t take long to assemble the blaster before it is ready to use. 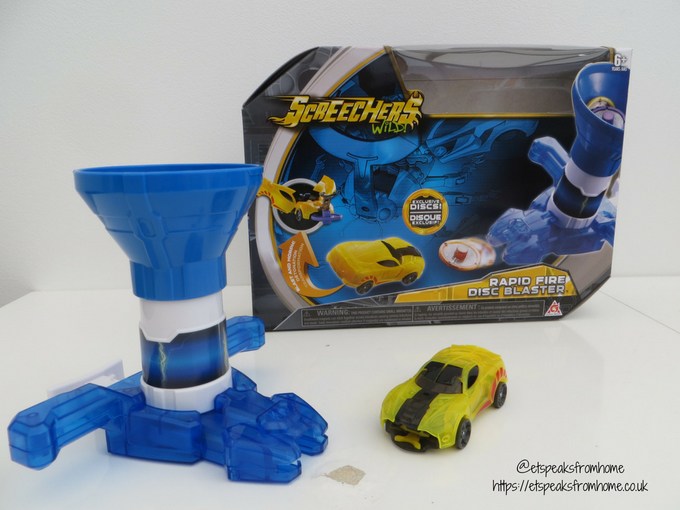 Screecher Speed Launcher helps you to launch any Screecher vehicles at high speed onto any discs nearby. It required minimal assembly and was ready to use in seconds! There are two launch distances to set by pressing the yellow arrow inside the launcher. 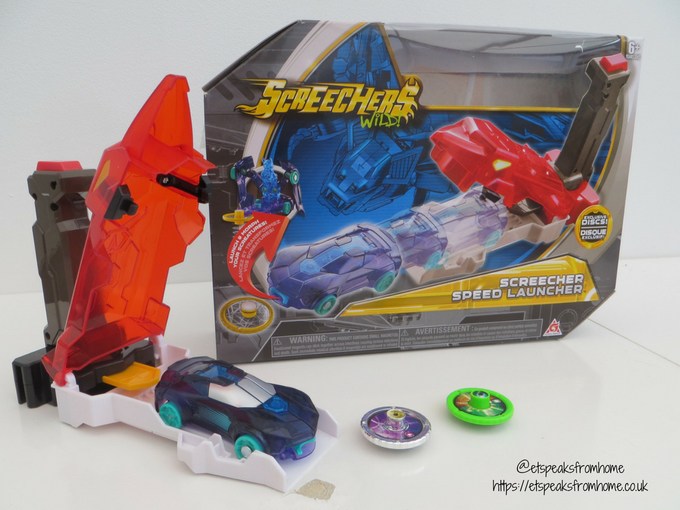 Screecher vehicles are broken down into three different levels: Level 1, Level 2, and Level 3 vehicles, and there are a total of 16 for children to collect. Each Screecher includes two, four, or six collectable discs respectively depending on which level vehicle are they.

Sparkbug is a level 1 vehicle that comes with two discs which is also the same vehicle from the Rapid Fire Disc Blaster set. It transforms from a yellow car into a bug when driving at one of its discs. We all love the transformation and it really excites both children whenever they flip and morph. 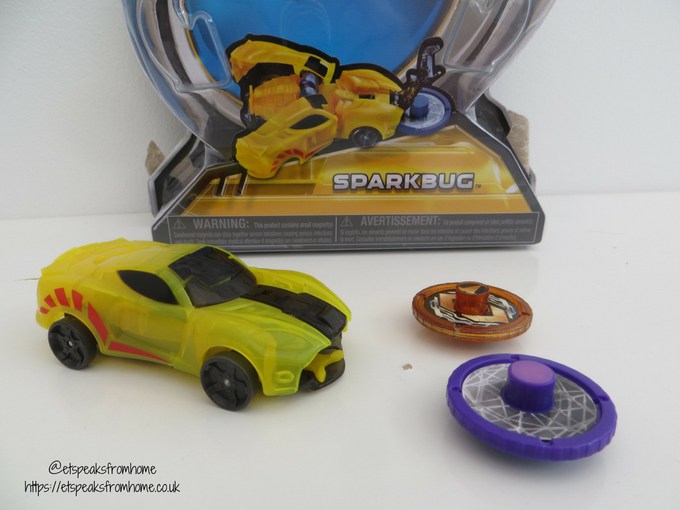 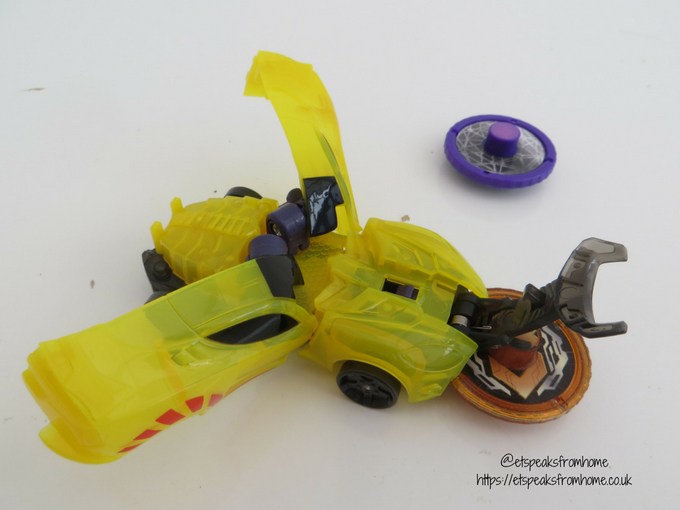 Gatecreeper will transform from a green tank into an awesome looking praying mantis-like insect. It is a level 2 vehicle that comes with four discs. 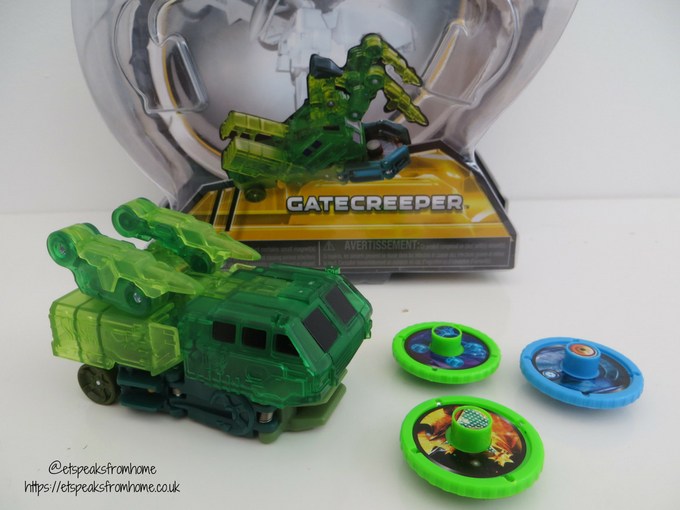 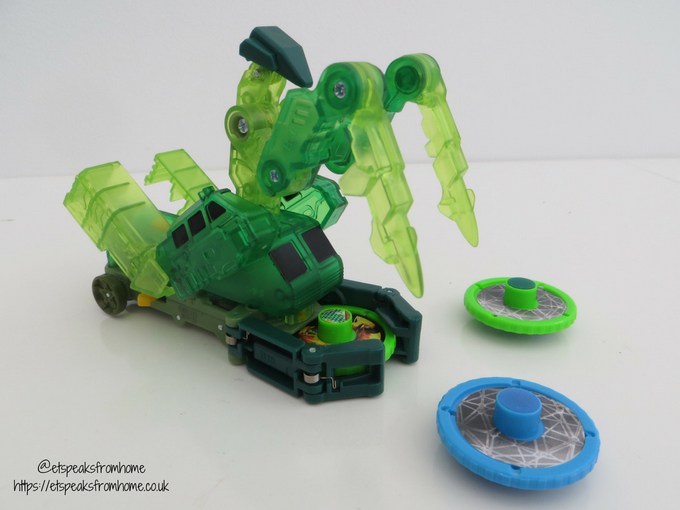 The Screechers are quite easy and straightforward to fold back into a standard vehicle in a matter of seconds. It is not as complicated to put back as those old fashion transformers and the vehicle pieces do not detach. Ms C does require help to fold the vehicles as her hands are too small to place every single part of the vehicle onto her palm. 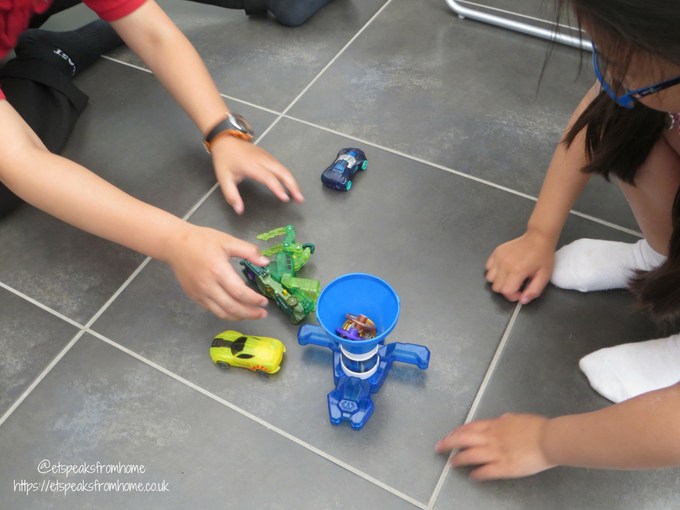 Both of them have fun playing with them and find them very interesting. Each vehicle is very well made and should last for a while even with the children battling with them. They are available to buy now from good toy retailers and Amazon.

Here are some of the Screechers from Amazon:

Disclosure: We received the samples for the purposes of writing this review, however, all thoughts and opinions remain our own. Contains Amazon affiliate links.