One of our highlights for our Osaka trip besides checking out the Pokémon centre, was to experience Japanese culture, in particular, learning samurai. I found out about this class while researching for things to do in Osaka and was so pleased that we tried a lesson! 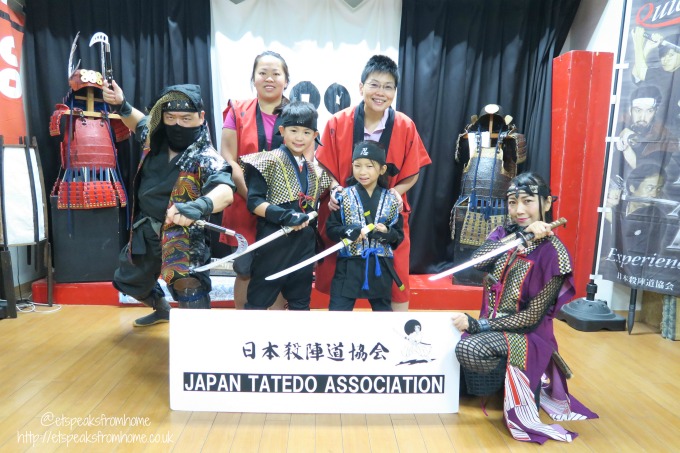 A few months before we travelled, I had book and paid for this Samurai course directly via their website. You can also book via travel agents or by visiting their centre in person. 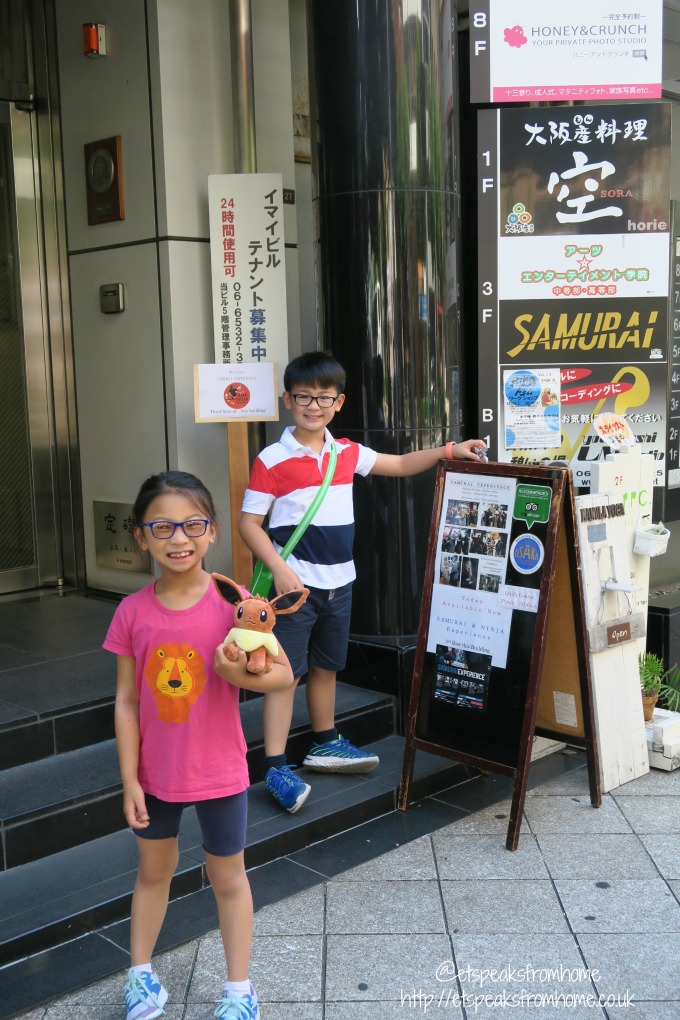 The location is very easy to find and is near Shinsaibashi area, which is in the centre of Osaka. Their nearest subway station is Yotsubashi. Go to Exit 3 and once you are at the ground level, turn left and the school building is just less than a minute walk. The classroom is on the third floor.

They have three different courses and we opted for their open course which lasts for an hour. It covers: 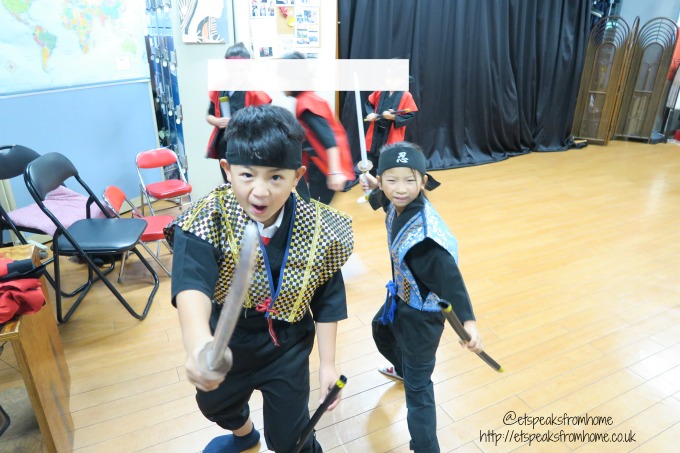 We were joined by another family of five in this session. All participants were dressed up before they started the lesson. Both of my children decided to dress up as Ninja (Man) instead of Kimono or Ninja (Woman). They were then both given a plastic samurai each. They were both thrilled with their costumes! Don’t they look awesome in their kits! 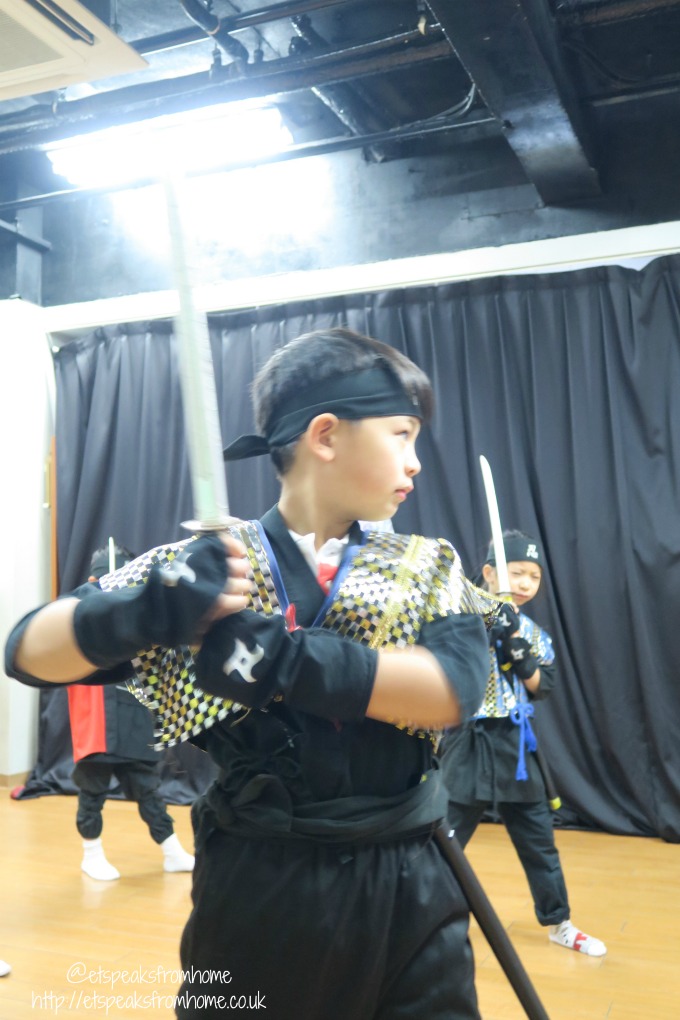 They were taught the basic forms and movements of the Tate action then followed by acting it out with their opponents. They also got to perform and participate in the fighting scene. Initially, they were both very shy but later they were truly enjoying themselves and participated in the scene. 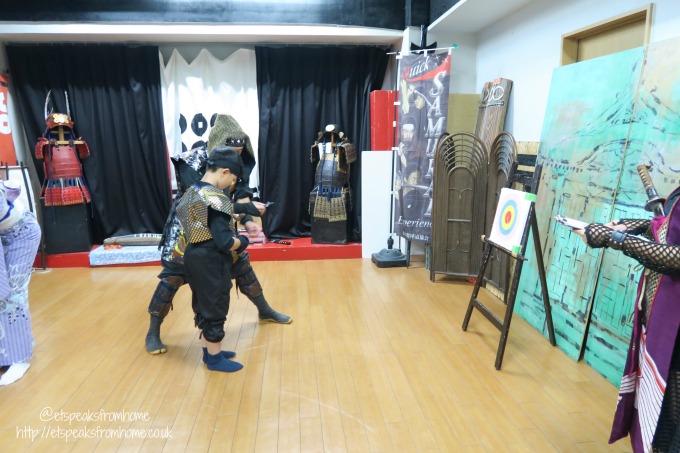 Later, they got to practice throwing the shuriken (rubbery ninja blades) and competed with one another. They both had a great time and I would definitely recommend this lesson for all ages. They also made the video and sent it to us for viewing.